This past weekend, skydiving history was made.  To coincide with the 100th anniversary of the first intentional freefall skydive, made by Leslie Irvin in 1919, Don Kellner made his 45,000th jump. 45,000 skydives!! Further, Don made this jump on a truly one of a kind piece of gear – our 70,000th Vector container.

This container was built for this year’s Parachute Industry Association Symposium in Dallas, and is constructed out of stamped leather to emulate a cowboy boot. What makes Don’s jump on this rig unique is that it is the only jump that has been made or will be made on this container.

This skydive is far from Don’s first historic jump. As he will tell you, every jump he makes is actually a world record. He is the current world record holder for most skydives, and has been for the past 28 years! In 1991 Don made his 15,000th skydive, placing him in the Guinness Book of World Records, and has since made 30,000 record-breaking jumps. Don was also one of the original tandem masters when Bill Booth came out with his tandem system in 1984.

Don made his 45,000th jump with his wife, Darlene, who has a long list of skydiving accomplishments herself.  She was the fourth female tandem master in the world and has over 18,000 skydives. Darlene is also a decorated freefall photographer.  Her photo of Don’s 15,000th jump made it on the cover of the Guinness Book of World Records.

Don and Darlene’s jump was made just before the sunset at Above The Poconos Skydivers in Pennsylvania. Congratulations Don on your continued accomplishments in this sport! 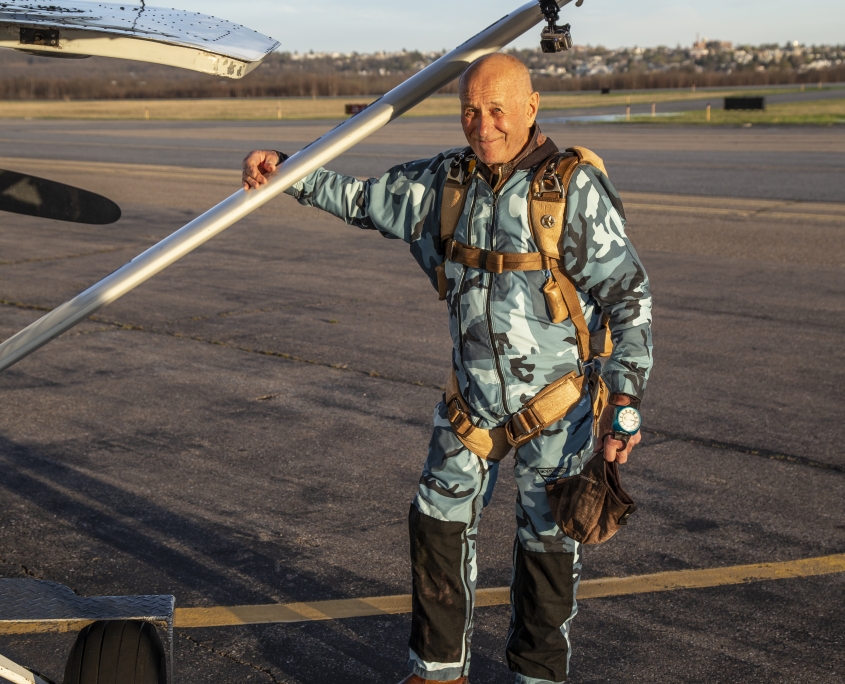 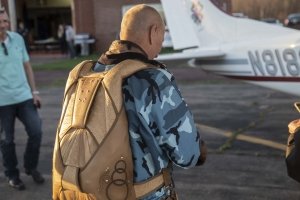 Don and Darlene boarding the plane for his 45,000th jump 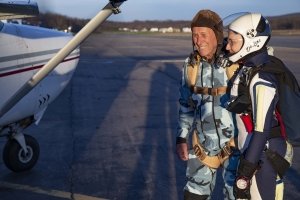 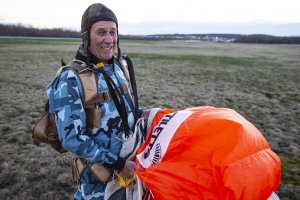 A Message From Alan Eustace
Scroll to top
X