Announcing the new Sigma II Reserve canopy by United Parachute Technologies, produced by Performance Designs! This dynamic new reserve canopy is the product of multiple years of extensive test jumping, drop tests, and refinement. This canopy has met or exceeded our goals throughout the development in terms of performance and reliability, and we are proud to be able to equip the tandem skydiving market with an even higher standard of safety!

Sigma II Reserve is available in two sizes: SR340 and SR370. Improvements to the Sigma Reserve design compared to VR-360 include: ease of packing, improved opening characteristics, and better performance in flight and landing characteristics. Designed with ease of packing in mind, we introduced a cascaded Vectran line set, which allows this reserve to have an overall lower pack volume than the VR-360. Further, we have implemented color alternating line tabs to make line groups easily identifiable. The opening characteristics take into account the wide range of possible deployment speeds, and give an opening that meets the altitude or time loss requirements specified by TSO-C23f, while still maintaining a comfortable inflation for the jumpers. Once open, the Sigma II Reserve flies and lands more similarly to a tandem main parachute. It has a slightly flatter glide than the VR-360, intuitive controls that allow for ease of turning, and a deep control range to reduce the likelihood of stalls.  The Sigma II Reserve is designed to minimize toggle effort while maximizing the flare power on landing.

The release of the Sigma II Reserve is also paired with a new deployment bag that better contains the canopy and reserve lines. Testing was done using these bags, sized for both the Micro Sigma and Sigma. NOTE: The VR360 is suitable for use in both of the new bag sizes. Due to the fact that all testing on the new reserve was done using these new bags, we require that the new reserves be used with the new bags. This will require customers to purchase a new reserve bag separately.

The Sigma II Reserve 370 is designed to fit both a standard Sigma container, and a Micro Sigma. Whereas, the SR340 is designed to fit only the Micro Sigma. Both will be available at an introductory price of $4,250. They are available for purchase now, but will begin shipping in March. For those who already have a Sigma system on order, delivery will begin in February. 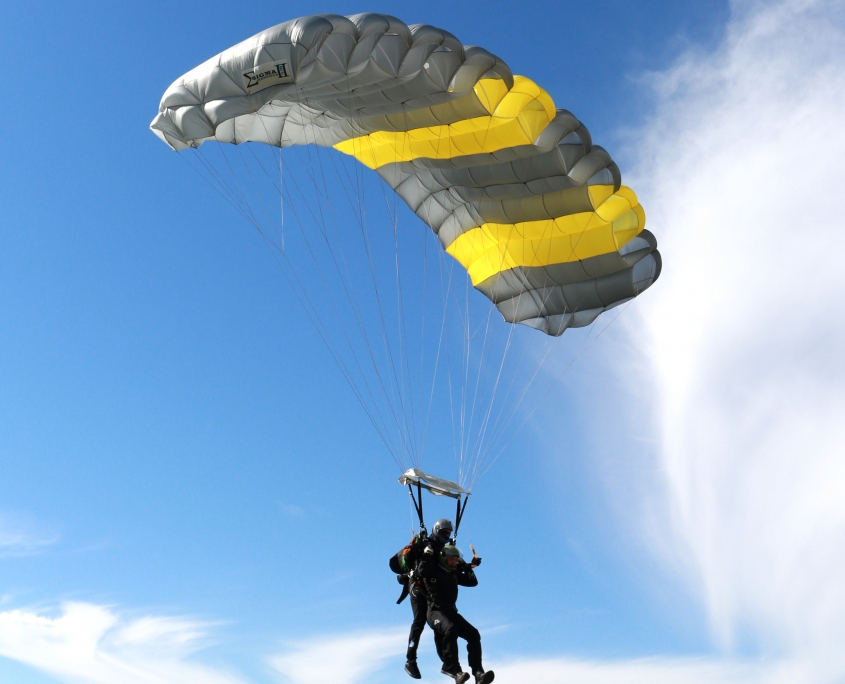